UK drug lords believe the police are winning the war on drugs, according to secret messages hacked by detectives.

It comes in sharp contrast to calls from politicians and police chiefs in favour of decriminalising illegal drugs, claiming the war has already been lost.

In an encrypted messaging system used by over 60,000 criminals worldwide, UK criminals complained “the police are winning the war” and that “they’re getting everyone”.

Efforts by the police to crack down on drug dealers and traffickers are having an effect, with one crime boss secretly admitting he was considering leaving the UK because of his fear of the National Crime Agency (NCA).

Following the decryption of messages in April by French and Dutch law enforcement, the NCA monitored the live chats of 10,000 organised criminals in the UK between then and June, leading to significant progress.

Around 750 arrests have been made, two tonnes of drugs have been seized, along with 77 firearms, and more than £54 million in cash.

During the same period, the police also foiled more than 200 gangland murder plots or serious attacks.

The NCA has released unedited messages, including one criminal who said the serious crime agency was “like M15 for our business”.

Others described the NCA as “scary” and one said officers were “getting too smart” and that it was time to leave the UK.

Last year, Parliament’s Health and Social Care Committee said the UK’s approach to drugs was “clearly failing” and called for a ‘radical approach’, saying possession of drugs for personal use should be made a civil matter rather than a criminal offence.

They also called for the expansion of so-called ‘shooting galleries’, where addicts can inject themselves without fear of arrest, but the Government said it “has no plans to decriminalise drug possession”. 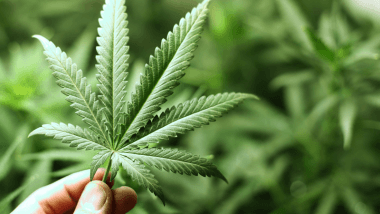