Gambling companies should not be allowed to advertise on football shirts, more than 150 peers have said.

Peers for Gambling Reform (PGR), a new cross-party group, said banning gambling companies from direct sponsorship, including on shirts, would have no impact on the Premier League as the global reach of its clubs and the league’s TV rights would easily replace any shortfall.

In addition, they said the change would only cost the Football League around £26 million – just 2.5 per cent of its annual revenue.

The recommendations come as the Government conducts a major review of gambling law, which could see the most significant changes to the advertising and running of the industry since the introduction of the 2005 Gambling Act.

In its own submission to the Government’s review, the PGR also said stake limits should be introduced for online gaming, and affordability checks implemented to protect those most at risk.

The group has recommended that the Government enforce a mandatory levy on the industry, which would generate £130 million for research, education and treatment for gambling addicts.

Writing in The Telegraph, Lord Foster of Bath, who heads the PGR, stressed that the case for reform was “overwhelming” and that now was the “time for action”.

He wrote: “More than 2 million people are affected by gambling-related harm, over 60,000 children are problem gamblers and, on average, there is one gambling related suicide every day.

“Yet the main legislation controlling gambling was written before the first iPhone appeared so is hardly suited to cope with 24/7 high speed on-line gambling without stake or prize limits, the bombardment of gambling advertising or even the use of drones to get a gambling advantage.”

Earlier this month, League Two club Forest Green Rovers became the first professional football club in England to come out in opposition to gambling advertising and sponsorship in the sport.

And earlier this year the Church of England and a number of Christian groups, including Ambassadors Football, joined forces to campaign against betting firms advertising in sports.

When the Gambling Act 2005 was being considered by Parliament, The Christian Institute published ‘Gambling with our future’, which warned that the proposed liberalisation of gambling laws would lead to an increase in problem gambling.

Read our 2005 publication below: 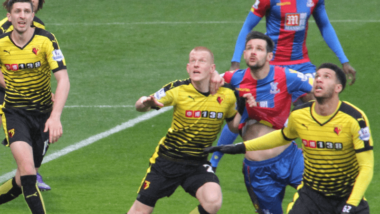