Forest Green Rovers has become the first professional football club in England to come out in opposition to gambling advertising and sponsorship in the sport.

Club Chairman Dale Vince said that “gambling has taken over football” and that the game is now “inundated with ads”.

The move comes as the Government conducts a major review of gambling law, which could see the most significant changes to the advertising and running of the industry since the introduction of the 2005 Gambling Act.

Vince highlighted that “gambling logos are on almost half of Premier League shirts, and constantly flash up on pitch side boards”.

He added: “For me, the fun already stopped. This is an abuse of football and of football fans.”

In a statement, the League Two side argued: “Logos plastered across every fixture and ground are ruining the game for many struggling with addiction and risk drawing in more.

The statement also announced that the club would be partnering with The Big Step campaign, which is part of the charity Gambling With Lives.

The Big Step founder James Grimes welcomed the club’s support at this “vital moment to secure meaningful gambling reform in the UK”.

He said: “Our outdated gambling laws need to change, especially with the exponential rise of online gambling. Sponsorship of sporting events by tobacco companies is banned and we believe gambling should be the same.

“To be truly effective, shirt sponsorship, stadium promotions and other branding should not be visible during matches.”

Earlier this year, the Church of England and a number of Christian groups, including Ambassadors Football, joined forces to campaign against betting firms advertising in sports.

When the Gambling Act 2005 was being considered by Parliament, The Christian Institute published ‘Gambling with our future’, which warned that the proposed liberalisation of gambling laws would lead to an increase in problem gambling. 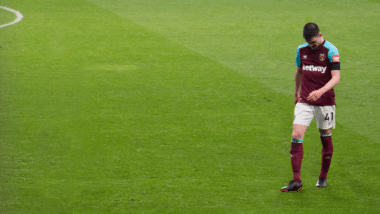