Drag Queen Story Hour UK’s summer tour is set to start next week, with organisers hoping to perform to as many as 3,000 three to eleven-year-olds at more than 60 public libraries around England and Wales.

The sessions will include reading children’s books about same-sex relationships.

Outraged parents wrote to their local councils to express their concerns about the “highly sexualised” events.

The letters, co-ordinated by the Family Education Trust, said: “Drag shows are adults-only entertainment and not suitable for school age children.

“When we expose children to sexual material, we blur the boundaries between adults and children, exposing them to adult sexual concepts and we risk normalising the sexualisation of children.”

The letter was also critical of the events’ promotion of radical gender ideology, stating: “To try to blind children to one of the most basic facts of human existence can only be described as a form of child abuse. Children who experience gender identity issues need careful and sensitive care, not wholesale indoctrination.”

Drag Queen Story Hour UK dismissed the concerned parents and claimed that a “far-right neo-Nazis group” had block-booked over 2,000 free tickets for the shows.

In response, it set up an online fundraiser for the highly controversial charity Mermaids, which promotes puberty-blocking drugs and surgery for children who are confused about their gender.

The Safe Schools Alliance, a campaign group of teachers and parents, said that “drag queens entering children’s environments is an abuse of power”, adding: “The conflation of sex and gender results in greater confusion for children and encourages them to believe that a boy may be a girl if only he puts on a dress”. 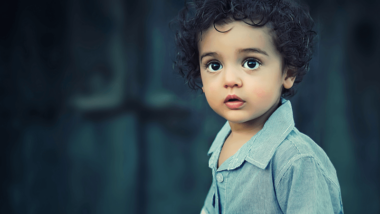