New Zealand has rejected a move to legalise recreational cannabis in a public referendum.

The vote took place alongside the country’s general election in October, and 51 per cent of voters rejected the move, with the government confirming: “recreational cannabis use will remain illegal in New Zealand”.

Currently, cannabis – a Class B drug in the UK – has only been legalised in a few US states and four other countries worldwide.

The referendum proposed allowing adults over 20 to buy and share up to 14 grams of cannabis per day, consume it on private property or at licensed premises and grow up to two plants.

Aaron Ironside, spokesman for anti-legalisation campaign group “Say Nope to Dope” said the country already had a relatively high level of marijuana usage, and that voters were “reluctant to do anything to increase that”.

recreational cannabis use will remain illegal in New Zealand

With reference to government figures, he added: “It’s the right result, it’s the result of common sense. Ordinary Kiwis have realised there was no way legalisation would decrease the amount of cannabis being consumed”.

In another referendum on the same day, a majority of New Zealand voters cast their ballots in favour of legalising assisted suicide and euthanasia.

From 6 November 2021, citizens over 18 years old will be permitted to kill themselves with a doctor’s assistance.

Criteria include having a terminal condition deemed ‘likely’ to end life within six months, a ‘significant decline’ in physical capability, and having the ability to make an ‘informed’ decision.

This means New Zealand will join a tiny group of countries that allow the practices.

Earlier this month, four US states voted to legalise the recreational use of cannabis in public referendums, while citizens in Oregon – where cannabis has been legal since 2014 – voted to decriminalise possession of hard drugs.

Following the introduction of the new measure, drug users found in possession of less than one gram of heroin or two grams of cocaine or methamphetamine will be subject to just a $100 (£77) fine.

If the offender receives a health assessment at an Addiction Recovery Centre within 45 days, the fine will be waived. 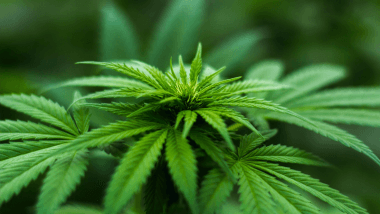