A judge has ruled that exclusively Christian RE lessons in Northern Irish primary schools are unlawful.

Currently, provisions in the Education and Libraries (NI) Order 1986 mean that RE lessons and daily collective worship (CW) such as assemblies must focus on Christianity.

But a legal challenge was launched against the NI Department of Education (DofE) on behalf of a seven-year-old girl and her father. They describe themselves as being a non-religious family, and the girl’s parents were concerned the focus on Christian teaching may lead her to adopt that worldview.

Lawyers from activist law firm Phoenix Law, acting on behalf of the girl and her father, claimed the curriculum does not provide for pluralistic teaching, and therefore is a breach of education protections in the European Convention on Human Rights (ECHR).

The DofE pointed out that parents are able to withdraw their children from this teaching, and that there is already scope for teaching on other religions and worldviews in the existing curriculum.

However, the Department was unable to confirm whether or not such teaching was actually taking place in Northern Ireland’s schools.

As a result, Mr Justice Colton ruled that the provisions breached Article 2 of Protocol 1 of the ECHR read with Article 9, saying: “It is no answer that the core curriculum is a minimum requirement if it has the effect of failing to provide religious education in an objective, critical and pluralist manner.”

He called the lack of evidence of pluralistic teaching “a damning admission” and claimed it demonstrated “the need for a reappraisal of the core curriculum in so far as it relates to RE and the provision by schools of CW”.

He also said the right to withdraw a child is insufficient to make up for the lack of pluralistic teaching, adding that parents may worry that removing their children from lessons “runs the risk of stigmatisation of their children”.

The Christian Institute’s Director Colin Hart said: “This is a very surprising ruling. As it stands, the law protects human rights, it doesn’t set them aside. The judge seems to have completely dismissed the crucial right of withdrawal available to this girl’s father and indeed all parents.

“We will look closely at the judgment. It is not yet known whether it will be appealed but we certainly hope it will be.” 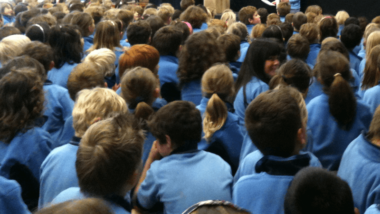