The Northern Ireland Secretary’s recent “power grab” to overrule the country’s Executive on abortion could undermine schools’ ethos on teaching sex education, the Presbyterian Church in Ireland (PCI) has warned.

In response, the Church said that this “blank cheque” from Parliament meant he could also override the Executive on sex education.

Mr Lewis was given the powers to impose abortion on the Province in line with recommendations made in a report by the UN’s Committee on the Elimination of Discrimination against Women (CEDAW). The same report also recommends imposing compulsory sex education for teenagers in Northern Ireland.

The PCI wrote: “We deeply regret the Secretary of State’s continued and unhelpful intention to take further powers from the Northern Ireland Assembly in relation to such sensitive issues in our society”, and that the power grab would devalue the Province’s “purposely balanced system of negotiated government”.

The Church stressed that the powers would allow Mr Lewis to “take away the right of schools to embrace a particular ethos with regard to the teaching of Relationships and Sexuality Education, and do so over the heads of school governors, teachers, parents and their locally elected representatives”.

They said: “So far the Secretary of State has imposed abortion, stated his desire to enact unacceptable legacy legislation and now his intention to direct what should be taught in classrooms.

“It is our hope and prayer that Northern Ireland’s political parties will commit to working together proactively after the election to find a way forward for the common good.

“While we recognise that this will not be straightforward, the Secretary of State should commit to supporting and encouraging them in this endeavour, and not undermining it by his words and actions.” 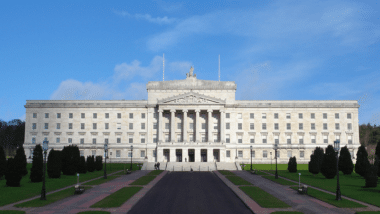