Almost two thirds (63 per cent) of GB adults support a complete ban on gambling advertising, a poll has found.

The survey of more than 12,000 participants for the Royal Society for Public Health (RSPH) also found 77 per cent of respondents support a ban on gambling adverts on radio and TV before 9pm, and 76 per cent support a gambling advert ban on social media before 9pm.

Labour MP Caroline Harris, who is also the Chair of the All Party Parliamentary Group on Gambling Related Harm, said the results showed there was “strong public and parliamentary support” for a ban.

In response RSPH CEO Christina Marriott said the harm gambling causes meant there was a “need to take a stronger stand against it being embedded into our social and cultural lives”.

She concluded: “We no longer allow air time to other products which harm our health, like tobacco products: gambling should be no different.”

Marriott was joined by Tony Parente of GamLearn, who blasted the “bombardment” of gambling adverts, saying: “An industry whose profits thrive from those it harms should not be allowed to advertise so aggressively and in the way it does.”

It follows another poll conducted earlier this year which found that the majority of the public support tougher betting restrictions to protect gamblers.

Research by the Gambling Health Alliance revealed that 57 per cent of gamblers and 63 per cent of non-gamblers support a ban on all betting for under-18s. 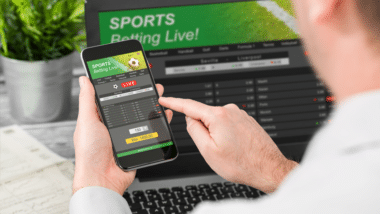