A senior MP’s failure to publish a document promoting radical transgender ideology breached transparency rules, the Commissioner for Standards in the House of Commons has said.

Crispin Blunt MP, Chairman of the All-Party Parliamentary Group (APPG) on Global LGBT+ Rights, admitted that he had kept the paper secret as part of a “political strategy” to further its radical proposals on transgenderism.

The controversial document, Delivering Respect and Reassurance Around Trans Equality in the UK, called for the adoption of gender self-ID, said men who identify as women should be allowed to use women-only spaces and supported the prescription of sex-swap drugs for children.

The existence of the secret lobbying paper came to light in September, when Blunt claimed it had been given to the Government several months earlier as part of its consultation on changing legal sex.

After the Government had indicated in April that it did not intend to make significant changes to the Gender Recognition Act 2004, Blunt told parliament that he had given the ‘issue’ his full attention and had “quietly” presented the findings to ministers in early July.

As the group had failed to make the report available on its website, a complaint was raised with the Commissioner for Standards, Kathryn Stone, as “a breach of the APPG rules on maintaining transparency”.

In an email to Stone, Blunt admitted that the paper had been circulated in private to members of the opposition and LGBT activist groups in order to gather support for its recommendations.

He said: “It was my judgement that if this paper could be communicated to the Government as representing a wide collective agreement they would be more likely to adopt it as theirs, than if they were faced with a public demand around this position and be seen to be forced into accepting it.

“Hence privacy around this paper was an essential (I believed) part of the strategy in order not to make the adoption of this position more difficult for the Government.”

Blunt claimed that, as the APPG paper had been approved by its Officers and not its members, there was no requirement for it to be published.

But, following information received from the Registrar of Members’ Financial Interests, the Commissioner disagreed.

She advised that as the paper had been “sent to other bodies outside the group for their use”, and had been “owned” by a “subset of the APPG’s parliamentary members”, it should have been published on the group’s website.

Following the investigation, the APPG was asked by the Commissioner to apologise for failing to publish the position paper on its website.

It was also reprimanded for not displaying a disclaimer on the document’s cover, indicating that it was not an “official publication of the House of Commons or the House of Lords”.

The APPG was also told to change its “bespoke” rainbow coloured portcullis emblem back to the black and white logo approved by the House of Commons.

The APPG receives financial support from LGBT lobby groups including Stonewall and the Kaleidoscope Trust.

Correspondence from the APPG to the Parliamentary Commissioner shows that between December 2019 and October 2020, the funds committed to the APPG exceeded £80,000. 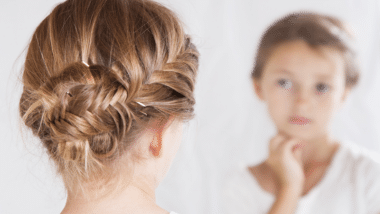