A Bill to ban people near abortion clinics in Northern Ireland from handing out pro-life literature or speaking to anyone about abortion has passed its latest stage at Stormont.

It was revealed at Committee Stage that over 99 per cent of individual responses to a consultation on ‘buffer zones’ outside abortion clinics opposed their imposition.

During the latest debate on Green Party leader Clare Bailey’s Abortion Services (Safe Access Zones) Bill, MLAs narrowly voted against an amendment to allow the defence of “reasonable excuse” for the conduct of pro-life campaigners within ‘buffer zones’.

Out of 6,412 individual responses to the consultation on the Bill, only 13 were in favour. One respondent called the Bill a “direct violation of freedom of expression and assembly”.

Another expressed shock that “simply holding a sign; distributing information leaflets; talking to a woman to offer her help, or even praying outside an abortion centre will be ‘punishable on conviction by fines’ up to £2500”.

A third branded the proposals “draconian” and argued “there were already wide-ranging powers available to authorities to keep public order and protect the public from genuine harassment”.

Of the 47 submissions received from organisations, more than a third also said they were opposed to the Bill.

The Free Presbyterian Church of Ulster, in its submission, described the Bill as “an attempt to hide objections to abortion from public view”.

And the Presbyterian Church in Ireland stated: “There should be freedom to protest, and freedom to share opinion in a reasonable, lawful and peaceful manner. This is not harassment.”

“It’s appalling that politicians have chosen to ignore the clear signal given by members of the public to the consultation that these so called ‘safe zones’ are not wanted.”

In the Assembly debate at the Bill’s Second Stage last year, Jonathan Buckley MLA told other members that the proposals would restrict “hard-fought basic freedoms and values as old as time”.

He warned that the Bill has “an incredibly broad scope” which would criminalise “anything from a conversation to a leaflet”.

Jim Allister MLA used the example of a “distressed mother” who would fall foul of the Bill for attempting to persuade her daughter outside a clinic not to have an abortion. 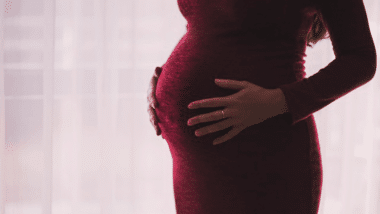