Minimum unit pricing (MUP) has come into force in Wales in an attempt to lower people’s alcohol consumption and reduce alcohol-related deaths.

Around 500 people die in Wales each year from alcohol-related causes, and there are 60,000 annual hospital admissions.

Health Minister Vaughan Gething hopes a new minimum price of 50p per unit – as was introduced in Scotland two years ago – will tackle the problem of cheap, strong alcohol.

Critics claim moderate drinkers on a low income will be worst affected, but Gething said: “Actually people who have the biggest problem with drinking will be the ones that will be most affected but where the greatest gain in healthcare is to be made.

“People who are less well-off are more likely to have longer-term challenges to their health and more likely to be susceptible to real harm from hazardous and harmful drinking.”

He said the changes would not be prohibitive to moderate drinkers as they would make “hardly any difference to the price of a pint or a glass of wine”.

It was claimed in September that introducing the 50p MUP in Scotland reduced the amount of alcohol Scottish people bought.

One study suggested that, on average, Scots were purchasing 1.2 units of alcohol less per week.

This would equate to just over half a pint of beer or cider, or a small measure of spirits – about twice the impact expected.

However, the NHS has said it is “too early to assess the impact of MUP” on alcohol consumption in Scotland, with a full evaluation not expected until 2023. 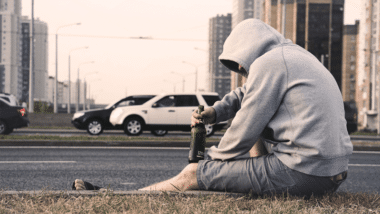