Children are enticed into underage drinking by alcohol advertisements on television and social media, research suggests.

A US study in the Journal of Studies on Alcohol and Drugs found that children were often exposed to alcohol advertisements on apps and during television programmes.

Evidence showed that for each additional hour of television viewed by children per day, the risk of starting to drink increased by nine per cent. For films the figure was even higher at 15 per cent.

Authors Michael Weitzman and Lily Lee drew comparisons to teenage smoking, where tobacco adverts were regulated in the US when it was concluded they caused children to smoke.

Weitzman said: “Advertising changes teens’ attitudes about alcohol and can cause them to start drinking. Just as tobacco advertising causes teen smoking, exposure to alcohol ads causes teens to drink.

“The young are particularly vulnerable due to their potential for forming brand loyalties, limited scepticism and high use of social media — where alcohol marketing is increasingly found.”

The researchers called for alcohol adverts on television and social media to be regulated in a similar way to tobacco.

Previous UK research found that almost half of all alcohol adverts appeared in peak viewing time on the most popular television channels and before the watershed.

NHS Digital figures suggest that ten per cent of eleven to 16 year-olds in England have consumed alcohol in the past week, and nearly a quarter of 15-year-olds said they had recently been drunk.

The Scottish Government is currently considering banning alcohol adverts on television before the 9pm watershed. 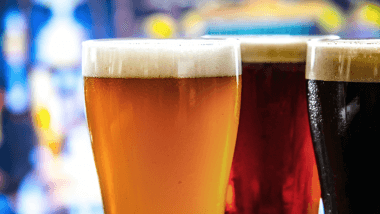