University of Edinburgh lecturers have been told not to use the words ‘man’ or ‘woman’, as they might offend students who identify as transgender or non-binary.

New guidance stresses that university staff must not make comments such as “you’re either a man or a woman” or “I wanted to be a boy when I was a child”.

The document describes such remarks as “microaggressions”, claiming they “negate or nullify the thoughts, feelings or lived reality of trans and non-binary people”.

Lecturers were also instructed not to place “excess focus” on biology when engaging in discussions about gender, and were urged to wear rainbow lanyards around campus “as a visible sign that you are safe for trans and/or non-binary people”.

If staff were to witness any breaches of the guidance, they should “disarm the microaggression, step in and stop or deflect” and then “educate the offender” by getting them to “recognise their biases”.

indoctrination rather than education

But academics have blasted the document, with Frank Furedi, Emeritus Professor of Sociology at Kent calling it “indoctrination rather than education”.

He added: “If you’re able to convince people that the issue of gender neutrality is a foundational norm then you’ve eliminated the age-old historical distinction between a man and a woman, which underpins virtually every social aspect. In effect you create a free-for-all.”

Prof Matthew Goodwin, a political scientist, said the lack of social conservatives in Britain’s universities has created a ‘mono-culture’ which causes academics to “hide or ‘self-censor’ their views due to fears of being ostracised”.

The news comes as a new Bill to protect freedom of speech on campus was announced as part of the Queen’s Speech earlier this month. 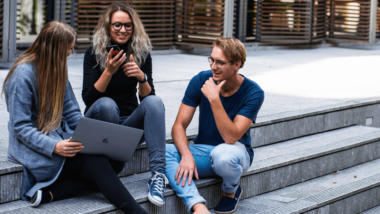