The Law Commission has stuck with some of its key recommendations to ‘modernise’ wedding ceremonies, despite a lack of public support.

Proposals that proved unpopular with respondents to the independent body’s consultation included ditching ‘prescribed words’ and removing restrictions on wedding venues. However, these have been retained in its final report.

It noted that “many, even possibly the majority” of consultees were responding to briefings from The Christian Institute and the Coalition for Marriage.

The Commission claims that one of the “key benefits” of the move to change wedding laws in England and Wales is that couples will be able to get married in “a much wider variety of locations, such as in a forest, on a beach, or in a local park”.

But, according to its own analysis, over 60 per cent of consultees were against the proposal.

A further ‘benefit’ cited by the Law Commission, that ceremonies be allowed to take place without including legally binding promises, was similarly rejected by six out of ten respondents.

Public opposition to scrapping the requirement that wedding ceremonies have ‘open doors’ and allowing couples to ‘customise’ ceremonies was also ignored.

The Law Commission said the 1,600 consultation responses it received was “huge” and “represented a wide range of groups and individuals”.

It also said it was “grateful to everyone who took the time to respond” and that their views “have helped inform the recommendations that we make in this Report”.

“That does not, however, mean that our recommendations are dictated by the majority view of consultees”, it added.

Professor Russell Sandberg, Senior Lecturer in Law at Cardiff University, who supports many of the proposals, said the consultation responses “indicate how controversial the Law Commission’s proposals are to some and suggest that it may be politically difficult to get them through Parliament”.

The Church of England said: “by abdicating any responsibility for enabling weddings to remain dignified, this proposal opens the door to frivolous, attention-seeking and farcical behaviours which could seriously undermine any notion that a wedding is a dignified and serious occasion in which both the state and the public have an interest”.

Ciarán Kelly, The Christian Institute’s Deputy Director, criticised the Commission’s dismissive attitude toward the results of the consultation process.

He said: “The public wedding ceremony is a profound and solemn celebration of love and commitment. These recommendations devalue the institution, trivialise the marriage bond and undermine the dignity of the occasion.

“For the Law Commission to simply turn a deaf ear to such clear opposition to its proposals shows scant regard for marriage and for the views of the public, including those who are supporters of The Christian Institute.” 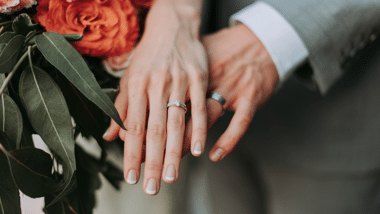