A Channel 4 show that glamorises ‘polyamorous’ relationships between three or more people has been denounced as “repulsive” by The Christian Institute.

Launching on Friday, the reality series “Open House: The Great Sex Experiment” encourages couples to have sex with multiple partners.

Some parliamentarians have questioned the future of the broadcaster in the light of the programme, as the Government considers a possible change from public to private ownership.

Sex therapist Dr Lori Beth Bisbey, a consultant to the programme, admitted that moral campaigner Mary Whitehouse “would have been horrified. Absolutely horrified” by the show.

The ‘sex and intimacy coach’ accepted that a lot of people believed polyamory to be “against nature, and against God”.

Every time you think a state-owned broadcaster can sink no lower, they seem to find a way.

The Institute’s Ciarán Kelly told The Daily Express: “Every time you think a state-owned broadcaster can sink no lower, they seem to find a way.”

“The British public still largely believe that marriage is the lifelong and exclusive union between a man and a woman.”

Mr Kelly added: “You wouldn’t have to be Mary Whitehouse to be horrified at this latest reckless assault on monogamy. The whole concept seems designed to deliberately repulse the viewing public.”

You wouldn’t have to be Mary Whitehouse to be horrified at this latest reckless assault on monogamy.

Former Brexit Minister David Jones MP said: “Channel 4 has been pursuing a vigorous campaign against the Government’s proposals for its future and to maintain the status quo.”

He branded the programme “sexploitation”, accused it of “appealing to the prurient and serving a lowest common denominator audience” and called for the organisation to be reformed or “abolished.”

Veteran Conservative MP Iain Duncan Smith accused the programme of peddling sex “to try to push ratings” and said it would be “a good idea” to privatise the channel. 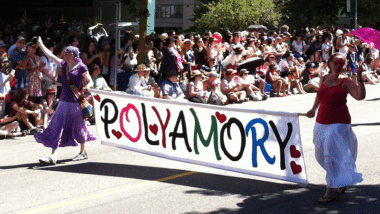