Lesbian activists have become the first same-sex couple in the Republic of Ireland to be named as legal parents on a birth certificate.

In both instances, Rooney’s egg was fertilised by a sperm donor, but von Meding gave birth to the baby – a procedure known as ‘reciprocal’ IVF.

The Children and Family Relationships Act 2015 (CFRA), which came into effect in the Republic in May last year, provides a legal framework for children born using sperm and/or eggs provided by a donor.

As a consequence, same-sex female couples who meet CFRA criteria can be granted the same legal rights as biological parents and can be named on birth certificates.

But von Meding’s lobby group, Equality for Children, claims the Act does not go far enough and is campaigning for it to include children born by surrogacy or conceived using artificial ‘at-home insemination’.

In 2010, Natalie Woods and Elizabeth Knowles became the first same-sex couple in England to sign a child’s birth certificate as parents, after Miss Woods conceived via a sperm donor. 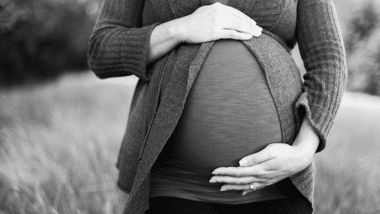