High Court to hear that obtaining a divorce is ‘too easy’

A man who was divorced by his wife is set to tell the High Court that England’s vaguely worded divorce laws make it too “easy” to obtain a divorce.

Charles Ayeh-Kumi was divorced two years ago on the grounds of ‘unreasonable behaviour’, because he “worked too much and never went on holiday”.

He will also tell the High Court that the no-fault divorce law passed in June, and expected to come into force in Autumn 2021, should be repealed. Under the Divorce, Dissolution and Separation Act 2020, couples can divorce within six months without having to give a reason.

He said: “The quickest way to get a divorce is to cite unreasonable behaviour, something that isn’t defined by the current law. It is left down to the discretion of judges entirely, and that lack of a definition isn’t right.”

A judge will consider the case in a virtual hearing tomorrow.

Earlier this year, divorce lawyers complained that England and Wales’ no-fault divorce law will still not be quick enough.

Katie O’Callaghan, a partner at London-based law firm Boodle Hatfield, called the requirement to ‘pause for reflection’ under the new no-fault divorce law an “unnecessary” delay, that is simply “stringing out” the divorce process.

Under current legislation anyone wanting to divorce their spouse has to prove one of five ‘facts’: adultery; unreasonable behaviour; desertion; separation for two years (with the consent of the spouse); or separation for five years (without consent). 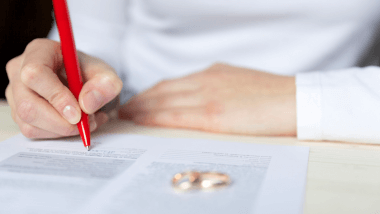 CI:’Difficulties are not a reason to give up on marriage’