The letter to Robert Swann MLA by 277 health workers labels the practice “unsafe and unacceptable” and calls instead for better medical, social and financial help for women facing unplanned pregnancy.

The letter is in response to a campaign for home abortions by activist group Alliance for Choice.

One of the signatories, GP Andrew Cupples, said the push for ‘DIY’ abortion was a “cynical ideological move” to exploit the pandemic.

He said: “Far from empowering women, this move would further empower healthcare workers to engage in the wholesale destruction of the unborn child with greater ease and efficiency, to the distress of many of their patients and colleagues.”

Home abortion means women do not get proper assessment by a doctor, which Dr Cupples said “flies in the face of good medical care”.

GP Hannah Chapman agreed, stressing that “remote assessment and ‘at home’ abortion cannot offer this care” and warned: “the potential for pills to be obtained with inaccurate details, or under coercion, is frightening”.

In October, the NI Department of Health rejected calls to introduce ‘DIY’ abortion, stressing that such a practice would put women at risk.

However, in the rest of the UK, safeguards on unsupervised abortion were removed at the beginning of the coronavirus pandemic in March.

The Westminster and Scottish Governments are already proposing to make the emergency measures permanent.

Earlier this year, a nurse strongly criticised the Westminster Government for permitting ‘DIY’ abortions during the COVID-19 pandemic, after her own harrowing experience of “excruciating pain” and post-traumatic stress disorder following an abortion.

She said women in crisis pregnancies should not be “rushed through a process which leaves them traumatised for the rest of their lives”.

Police are also investigating after a baby was unlawfully aborted when its mother took abortion pills at home at 28 weeks – 4 weeks outside the current abortion limit – and at least two women are already known to have died after taking the drugs. 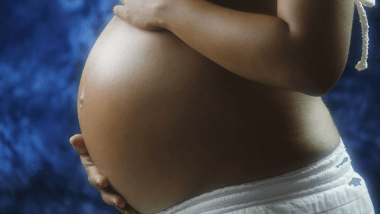