A nurse has strongly criticised the Government for permitting ‘DIY’ abortions during the COVID-19 pandemic following her own harrowing experience.

The woman in her 30s contacted abortion giant Marie Stopes when she was around five weeks pregnant, and was given abortion pills to take at home.

Speaking anonymously to The Sunday Telegraph, she accused the Government of offering “backwards” healthcare and said women in crisis pregnancies should not be “rushed through a process which leaves them traumatised for the rest of their lives”.

The nurse said she was assured that she would not experience significant pain and was told that 98 per cent of women do not have complications.

However she suffered “excruciating pain” and bled heavily for ten days. Following surgical intervention, she is struggling with post-traumatic stress disorder and having difficulty returning to work.

The woman commented: “With the push to make things so easy, they have forgotten doing no harm and the duty of care in the medical profession.”

The Government has said it will consult on turning an emergency scheme allowing unsupervised abortions into a permanent arrangement.

The rules allow women to take the two pills required for an abortion at home if they have had a remote consultation with a doctor. They can be taken up to ten weeks in England and Wales.

The change was supposed to last for two years, or until the end of the pandemic, but a Government Minister has confirmed there will be a public consultation on making the change permanent.

This is despite an ongoing investigation into the added dangers of unsupervised abortions. At least two women are known to have died after taking the drugs. 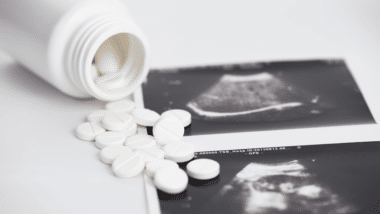