The Government is planning to scrap Sunday trading restrictions, it has been revealed.

Ministers are preparing legislation that will enable larger supermarkets to open for more than six hours on Sundays.

The plans have been met with fierce criticism from the Labour party, trade unions and media commentators.

The proposal to suspend Sunday trading restrictions for up to a year comes as part of a series of measures claimed to be needed to kick-start the economy following lockdown.

However, Shadow Foreign Secretary Lisa Nandy said she was “not at all convinced that this will actually help to get the economy back on track”.

She added: “We’ve just been applauding our frontline workers, supermarket workers are amongst those. They are deeply worried about what this all means for them in terms of time with their families.”

Paddy Lillis, the General Secretary of shopworkers’ union Usdaw was also quick to challenge the plan.

In a letter to Business Secretary Alok Sharma he called the Government’s move an “opportunistic use of the coronavirus crisis and a slap in the face for each and every worker in retail and the food supply chain”.

And The Christian Institute’s Ciarán Kelly said that “for people from all walks of life, Sunday is special and we need to keep it that way.

“Relaxing Sunday trading laws will put more pressure on people to work on Sundays, harming family life and further interfering with Sunday as a day of rest”.

Writing in The Telegraph, columnist Tim Stanley urged the public to oppose a policy “that would bring marginal economic benefit while hitting small shops and employees hard”.

He added: “You can guarantee that if the Sunday trading laws are suspended, they will never come back. Powerful people in business and politics have wanted rid of them for years and they are exploiting the pandemic to destroy an ancient right.” 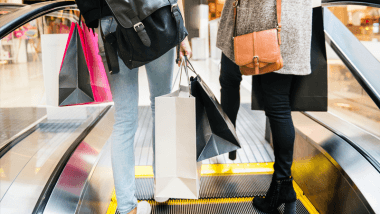