France: Sex with under-15s is rape

France has set the country’s age of consent at 15 years old in law.

Sex with children under 15 will now generally be prosecuted as rape, irrespective of ‘consent’, and perpetrators will face a prison sentence of up to 20 years.

Previously, sex with children could be prosecuted as a sexual offence but not as rape unless evidence of “constraint, threat, violence or surprise” was proven.

Justice Minister Éric Dupond-Moretti said: “This is an historic law for our children and our society”.

However, individuals who are less than five years older than the child will not be prosecuted for rape except in cases of sexual assault.

Earlier this year, a global LGBT group supported a statement calling for ages of consent to be lowered around the world to allow adolescents to engage in sexual activity freely and without “stigma”.

A declaration by the UN’s Women’s Rights Caucus called on “governments at all levels” to promote a range of extreme policies on sexuality, radical gender ideology and abortion, including statements on lowering ages of consent.

The broad statement was promoted by the International Lesbian, Gay, Bisexual, Trans and Intersex Association (ILGA), a group which claims to represent more than 1,600 organisations worldwide. Stonewall, Mermaids, The Proud Trust and LGBT Youth Scotland are among the UK organisations which support ILGA.

ILGA says it “does not advocate to eliminate or lower the general age of consent”, while Stonewall has claimed such assertions are “categorically untrue”. 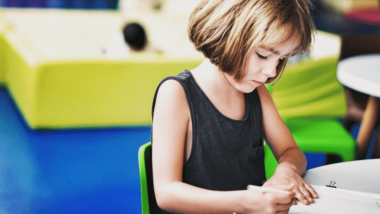 Age of consent set at 15 in France