The former Archbishop of Canterbury Rowan Williams has blasted the latest push to legalise assisted suicide in England and Wales.

He said that it was “hard to see that any new facts have emerged” in recent years since the previous attempts were resoundingly rejected in 2015.

Baroness Meacher’s Assisted Dying Bill is scheduled to be debated in the House of Lords on 22 October. The Bill would enable those deemed to have less than six months to live to get help to kill themselves.

Lord Williams argued that a change in the law would have an “unacceptably high price”.

He said that opposition to the Bill came from “a large proportion of those most directly involved in end-of-life care and palliative medicine,” and noted the “issues of doctor-patient trust involved” if assisted suicide is allowed.

The former Archbishop also highlighted the “enviable record of progress in and provision for palliative care” in the UK, and warned it could be drastically weakened if the “less expensive options” of assisted suicide and euthanasia were made accessible.

This week, the British Medical Association (BMA) narrowly voted to drop its opposition to assisted suicide.

At the association’s annual meeting, delegates backed a motion to adopt a ‘neutral’ stance on assisted suicide by 149 votes to 145 – with eight abstentions.

Speaking after the vote, Dominic Whitehouse, a consultant working in palliative medicine, warned that legalising assisted suicide would “remove at a stroke our ability as doctors to reassure our patients that we have their interests at heart”.

He said: “If they know we’re not opposed to their death being hastened, the contract will be irretrievably broken. Our role is to relieve suffering, always, and to cure if possible – you do not have to kill the patient to kill the pain.”

In 2015, a Bill to remove current safeguards in England and Wales was soundly defeated in the House of Commons by 330 votes to 118.

Campaigners for assisted suicide are stepping up their efforts. There are new legislative proposals at both Westminster and Holyrood to enable terminally ill adults to get help to kill themselves. 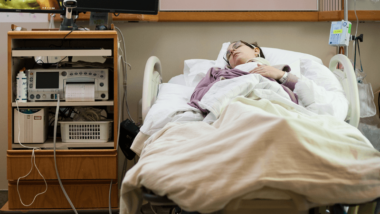 Medics told: You can’t be neutral on suicide and ‘do no harm’