A church leader has said the Scottish Government’s ban on public worship and private prayer is “disproportionate” and “unnecessary”.

Speaking exclusively to The Christian Institute, Revd Dr William Philip of The Tron Church in Glasgow explained why he co-authored a letter to Nicola Sturgeon calling on her to lift the blanket ban affecting churches in mainland Scotland.

The letter was signed by over 200 other Scottish church leaders, as well as another 300 leaders from the rest of the UK.

Revd Philip, who has a background in cardiology, said there has been a lack of “a clear voice from church leaders about the pandemic”, and that he and others felt compelled to speak out on why churches should be open.

He said: “The need is great. We’re living in a time where there’s been an epidemic, but there’s also a very big epidemic of fear and we believe it’s the job of the church and Christian leaders to help people to see what they should be fearing and what they shouldn’t be fearing.

what society needs, very especially in the middle of an epidemic, is to witness the worshipping church holding out the Gospel of hope

“The Lord Jesus says ‘do not fear’, do not fear just our mortality, but we are to fear – we’re to fear God and we’re to fear an eternal judgment that’s to come. And so death isn’t just a chance for us in a time of pandemic, death is a certainty for every single one of us on this earth.”

He said that what society needs, especially in the middle of an epidemic, “is to witness the worshipping church holding out the Gospel of hope, and so the message of the church must be heard”.

He continued: “It’s important to have hospitals open obviously for physical health of people, it’s important to have food shops open for bodily food for people, but it’s even more vital that the church of Jesus Christ is open and that the Gospel is being proclaiming and people can hear the only real message of hope”.

The minister added that churches are not unsafe, explaining: “Churches have worked extremely hard since they opened in July to be Covid-safe”.

“Churches all across the country have shown that.”

Revd Philip highlighted that church worship is a fundamental human right which “can’t be swept aside unless there is compelling evidence to do that”, adding “and we don’t believe that there is”.

“We think that it’s been disproportionate and it’s unnecessary and we think churches being open is not just a ‘preferred recreational activity’, and ‘well if people can’t play tennis then why should you be able to go to church?’ It’s not that at all, it’s a vital lifeline to many, many people, physically and mentally, as well as of course spiritually.

a vital lifeline to many, many people, physically and mentally, as well as of course spiritually

“Pastors that I speak to right across the country are seeing on the whole far, far more detriment and damage to people in their congregations, to their health and their mental wellbeing from the lack of human contact than they are from the virus itself”, although he stressed that there is “serious damage being done by the virus”.

He said churches being open are “a vital part of the response to the pandemic”, rather than part of the problem, and “should not be pushed out in that way”. 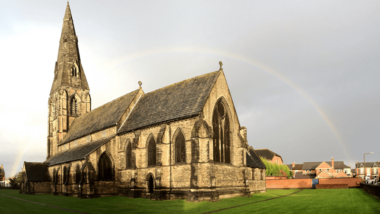