Former Coronation Street actress Kerri Quinn has said she is “thrilled” to be portraying a pro-lifer in BBC’s upcoming drama ‘The Awakening’.

The Northern Irish actress, who played Vicky Jeffries in the soap until Boxing Day 2019, is pro-life herself and comes from a strongly pro-life family.

Quinn, 37, lost her brother Kevin when he was just three years old due to a hole in his heart.

The Belfast actress said: “I play a pro-lifer which I was delighted about because my whole family are pro-life, so it was a role I really wanted to portray and portray properly.”

She continued: “I based the character very much on my mum who comes at it from a very different angle having lost a child. I think that definitely impacts on how you feel about it. I think that’s why I believe that life is absolutely precious, I really do, because I have watched friends and family lose children.

I believe that life is absolutely precious

“My mum and dad lost my brother Kevin when he was three and I think life experience plays a massive part in the matter. My mum is the most influential person in my life so I wanted to represent the pro-life community as I know it.

“It was great to have the opportunity to represent that point of view and represent it well.”

Quinn says she hopes the drama will spark conversations around abortion, saying it was “amazing” to be working on a drama discussing abortion law in Northern Ireland and believes the programme will create “quite a hype”.

“It’s obviously going to provoke a reaction from both sides but I was thrilled to be a representative of the pro-life community.

“I think there will be a lot of controversy around the piece but controversy that needs to happen I think so I’m really excited to see how it’s received.”

While Quinn spoke about the need for debate and conversation around the issue, others who have spoken out publicly against abortion have faced bullying and harassment for their views.

In 2019, SNP MP Dr Lisa Cameron faced death threats and calls for her to be deselected from her party after voting against imposing abortion on Northern Ireland.

She said: “It was a free vote, a conscience vote. I didn’t rebel or vote against the party whip. And yet now it’s virtually certain that abusive party activists will make sure I’m deselected and lose the job I love”, adding that the attacks against her have been “nothing less than vitriolic”.

While she was not deselected, Dr Cameron faced further harassment last year. She responded: “I am concerned by the actions of those who have whipped up hatred and toxic aggression online in recent weeks following from my conscience votes on abortion and particularly distressed to have once again received a death threat towards my family.” 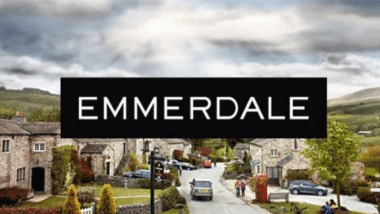