Actress Sally Phillips has branded ITV “irresponsible” for broadcasting an Emmerdale storyline about a couple who have an abortion because their baby is diagnosed with Down’s syndrome.

The actress, whose son Olly has the condition, told the Daily Mail: “The use of a Down syndrome diagnosis brings unnecessary hurt to a group of individuals, many of whom watch and enjoy the show precisely because there is a character with Down syndrome.”

She added that “running with this storyline in Disability Awareness Month was at best poorly informed and thoughtless, and at worst irresponsible”.

The storyline has been heavily criticised, with a petition against it quickly reaching over 23,000 signatures.

Heidi Crowter, a 25-year-old with Down’s syndrome, said: “I’m so upset. Having this horrible story gives such a terrible message”.

“I won’t be watching. But I feel angry that there might be people with Down’s who will watch and feel worthless.”

In a legal case brought by Heidi, the High Court is set to consider the current law on abortion which allows children with Down’s syndrome to be aborted up to birth.

Earlier this month, Rachel Mewes, who organised the petition against the storyline, said that it entrenches “misleading information about Down’s Syndrome that is endemic in our society”.

She said: “Promoting abortion of babies with Down’s Syndrome through this storyline is absolutely disgusting”.

Laura Shaw, the series producer for the soap, claimed that the storyline was properly researched. 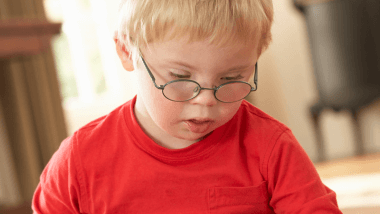