Researchers have reported a medical breakthrough in the quest to reverse the effects of motor neurone disease (MND).

Using ethical adult stem cells, scientists at the University of Edinburgh’s Euan MacDonald Centre for MND Research believe they have found a way to undo some of the damage caused by MND.

Unlike embryonic stem cells, ethical adult cells do not require the destruction of embryos.

The research team led by Dr Arpan Mehta was able to create and repair motor neuron cells under laboratory conditions, and the team believe they will be able to produce the same results in patients.

Dr Mehta described the results as “really exciting” and said the technique “will not only slow and stop but could reverse degeneration”.

He said he was delighted that the project could lead to a new way to treat the disease.

MND describes a group of neurological diseases that affect the brain and spinal cord. MND attacks the nerves that control movement so muscles no longer work.

More than 1,500 people are diagnosed with MND in the UK each year. It is life-shortening and there is currently no cure.

In 2019, a man with MND spoke out about why his life is worth living, despite the limitations of his condition.

John Hughes said at the time: “I am living, not dying; loss of independence brings unexpected love, there’s hope, joy and meaning in my life, perhaps more than ever”. 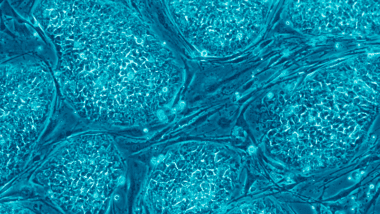