A 23-year-old British pro-life activist has said she will keep on fighting for the unborn, despite being subject to “horrendous” online abuse.

Abortion Resistance founder Eden McCourt, who shares her views on TikTok, has been threatened with rape and death for speaking out against abortion.

According to the latest figures from England’s Office for Health Improvement and Disparities, there were 214,869 abortions in 2021, over 4,000 more than the previous year and a new record high.

McCourt told the Daily Mail that she had been inspired to become an advocate for the unborn after she learnt doctors had tried to persuade her parents to end the life of her sibling who had been diagnosed with a rare chromosomal disorder.

She said: “I had a sister with severe disabilities. She had Patau syndrome, she’s no longer here sadly. My parents found out about her condition when they went for a scan.”

The activist explained: “Doctors said she wouldn’t make it to birth and if she did, she’d only live for a couple of hours. But she lived until she was almost four.

“When I found out that the medical profession had pushed for my parents to have an abortion, I started reading into abortion.”

The pro-lifer also said that while “all the young people” are on TikTok, “there’s a lot of misinformation on there”.

She added: “Although there are a lot of bad and nasty disagreements, it’s always worth it to speak to people who don’t want a comment war and want to learn something new.

It is difficult to be pro-life in Britain today. It’s very scary and you’re subjected to a lot of hate.

“I get private messages and some of them are just horrendous — rape threats and death threats.

“I think some people react like this because abortion is a very sensitive topic. Everybody knows someone who has had an abortion and it’s very emotionally charged.”

McCourt continued: “It is difficult to be pro-life in Britain today. It’s very scary and you’re subjected to a lot of hate”, but she concluded: “If you can save one life, it’s worth it.”

The “unapologetically anti-abortion” activist spoke to the newspaper ahead of last week’s US Supreme Court judgment on Roe v Wade, which returned responsibility for laws on abortion to elected representatives in the 50 states. 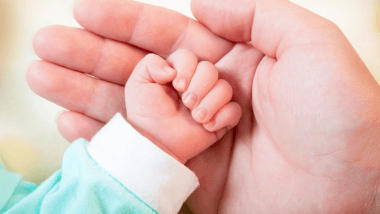 Mythbuster: DIY abortion pills are neither simple nor safe

Bringing God back into the abortion debate