Children are unlikely to have the capacity to consent to puberty-blocking drugs with life-altering consequences, the Court of Appeal has heard.

The Tavistock and Portman NHS Foundation Trust, which runs England’s only NHS Gender Identity Development Service, appealed the High Court’s ruling last year in favour of ‘detransitioner’ Keira Bell. Judges had stated that it was “highly unlikely” that children aged 13 and under could ever genuinely consent to hormone blockers and “very doubtful” that 14 and 15-year-olds could do so.

Jeremy Hyam QC, representing Bell, told the Court of Appeal last week that the original ruling should be upheld as no “material errors” were found.

Hyam said that children need to understand the “bigger picture” of “what is coming down the line” if they take puberty blockers and the potential “loss of fertility”.

He stated: “Right at the heart of what the court was concerned about was how can it be said that children of 10, 11, 12 have any proper conception of what sexual function is?”

Hyam added: “The need for a child to understand, retain and weigh up the salient facts is all the more important because, unlike life-saving cancer treatment, there is much uncertainty as to what the benefits of puberty blockers actually are.”

Fenella Moss QC, representing the Trust, claimed that the drugs are not “experimental”, as the High Court determined, because they are labelled as ‘fully reversible’ in international guidelines.

But the NHS previously changed its guidance on the drugs, stating that “little is known” about the long-term side effects or whether they affect brain development and bone density.

A judgment is expected on the case in the coming months.

Earlier this year, Bell called on the medical profession to help young people struggling with gender dysphoria, rather than driving them towards irreversible surgery “as the only possible answer”.

The 24-year-old said: “A lot of girls are transitioning because they’re in pain, whether it’s from mental-health disorders, or life trauma, or other reasons. I know what it’s like to get caught up in dreaming that transitioning will fix all of this.” 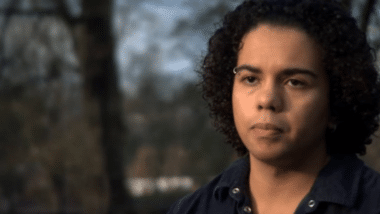