Churches could be banned from teaching sexual ethics in Aus state

The Australian state of Victoria is seeking to ban churches from teaching worshippers to follow the Bible’s teaching on sexual ethics.

Under the proposals, a religious leader could be sent to prison for encouraging someone with feelings of same-sex attraction to “live a celibate life”.

The Bill, currently making its way through the State legislature, seeks to outlaw any practice that suggests “a person can change or suppress their sexual orientation or gender identity” – including prayer.

In her speech introducing the proposed law, Victoria’s Attorney General Jill Hennessy claimed it would not prevent a religious leader giving freely-sought advice on feelings of same-sex attraction.

However, this would be restricted to informing the person “that they consider such feelings to be contrary to the teachings of their faith”, and “not to change or suppress the person’s sexual orientation or gender identity”.

Similarly, a religious leader would not be permitted to state the biblical and scientific position that men cannot become women, and could only better understand and “support the person’s exploration of their feelings”.

Also in Australia, a girl was recently removed from her parents after a judge ruled them to be ‘abusive’ for not allowing the teenager to ‘transition’ into a boy.

Aged 15, she was removed from her family by police and subsequently put into care, after a magistrate claimed she was at risk of self-harm.

Her parents accused the state authorities of bullying them, with the father telling The Weekend Australian “they want us to consent to testosterone treatment”.

In 2004, Victoria’s Racial and Religious Tolerance Act was used to convict Pastor Daniel Scot, a Pakistani national, of ‘religious hate speech’ after he criticised the teaching of fundamentalist Islam.

Scot was initially prohibited from preaching against Islam anywhere in the world, but the case was overturned in Australia’s Supreme Court in 2007.

He had fled his homeland after facing a death sentence for refusing to convert from Christianity to Islam. 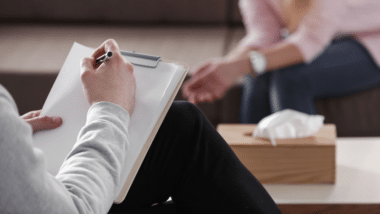