Church of Scotland ‘takes cues on marriage from culture not Christ’

The Church of Scotland could be set to approve same-sex weddings in its churches after a majority of presbyteries indicated their support ahead of the General Assembly next month.

A framework for how ministers could officiate same-sex ceremonies was drawn up last year, and the Assembly is set for a final vote on whether to implement the legislation.

Of the 41 presbyteries in the Kirk, almost three quarters (29) said they would support the change, with just twelve opposed.

Ministers and deacons who do not wish to participate will be protected by a conscience clause in the legislation, meaning they will not be forced to conduct or be involved in the arrangements for same-sex weddings.

But Revd Mike Goss of Barry Parish Church in the Angus presbytery said: “There’s still a continued struggle within the Church of Scotland”, adding that there are still “folk who stand by the Bible, we’re not going away. We’re still there.”

The Christian Institute’s Scotland Officer Nigel Kenny commented: “This is a very sad development in the life of the National Kirk, which has in its constitution a commitment to the Bible as the supreme authority in all matters of faith and practice.

“The Bible is crystal clear that true, God-honouring marriage is only between one man and one woman. Jesus’ own teaching on this in Matthew 19 could not be clearer. But it seems that the majority of presbyteries are more interested in taking their cue from culture rather than Christ.” 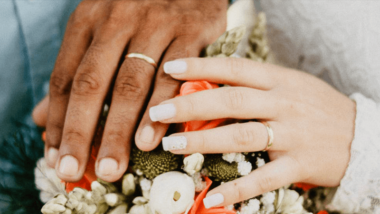 Kirk takes cue from ‘culture rather than Christ’ on marriage