Christian MSP speaks out on mixing faith and politics

Scottish Finance Secretary Kate Forbes has opened up about living out her Christian faith within her high-profile position.

Forbes, whose parents were missionaries, is a member of the Free Church of Scotland, and is also a senior member of the SNP, having been in Nicola Sturgeon’s cabinet since 2018.

Speaking on the BBC’s Political Thinking podcast, she admitted sometimes “tiptoeing around” her faith, but stresses she never tries to hide it.

Forbes said: “To be straight, I believe in the person of Jesus Christ.

I believe in the person of Jesus Christ

“I believe that he died for me, he saved me and that my calling is to serve and to love him and to serve and love my neighbours with all my heart and soul and mind and strength.

“So that for me is essential to my being. Politics will pass – I am a person before I was a politician and that person will continue to believe that I am made in the image of God.”

The 31 year old MSP also believes it is important to be able to represent all of her constituents, even when their sensibilities clash with her own.

“I have a duty to represent them, but neither do I want to deceive my constituents and I think being straight with them about my faith, about who I am, about my background is really important.”

The Finance Secretary also spoke more widely about respectful debate, saying some people have “lost the ability to debate issues” without hating those who disagree with a differing point of view.

She said: “Those who disagree with me call out my side, but I look at my Twitter timeline and the levels of vitriol, abuse and creative insults are such that I cannot read it.

“So I think the problem is not by any means monopolised by one side, and my job and other’s job is to try and break that mould.”

Writing in The Spectator, Stephen Daisley said Forbes’ “profession of faith and the unapologetic way in which it is delivered is entirely at odds with the aggressively secular, and increasingly anti-religious worldview that dominates Scottish public life, from politics and civil society, to news media and academia”.

Daisley noted the criticism she has faced over her Christian views on abortion and radical transgender ideology. 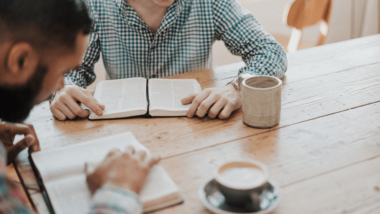 Christian MSP: ‘God is my anchor’

MP urges Britain to return to its Christian heritage

Christian MP: ‘Minority views are being silenced at universities’