Britain has been branded the “cocaine capital of Europe”, as it is estimated that usage has almost quadrupled in less than a decade.

In 2011, the amount of cocaine trafficked into the country was 30 tonnes. Last year, Britons took 117 tonnes of the substance.

It is believed that, while the Class A drug has traditionally been seen as ‘middle class’, its actual use is far more widespread.

Lawrence Gibbons, head of drug threat at the National Crime Agency, said: “The UK is the biggest user of powder cocaine in Europe.

“A lot of the consignments we see coming into Europe — through Spain, Belgium or the Netherlands mainly — a significant proportion is destined for the UK.”

He added: “There has to be education and treatment — people need to understand the harm that is done to families, loved ones, children.

“And users should learn about the reality of a trade that is run by criminal gangs who use guns, violence, trafficking and debt bondage.”

This week, a mother in Wales shared how her son committed suicide aged 22, after becoming hooked on cocaine as a teenager.

Nicola Smerdon told Wales Online how her son Tom would stay out late partying at the weekend and drug use would get the better of him.

He managed to get clean in 2017 after trying to take his own life, but 18 months later he was using again and within a matter of weeks he committed suicide.

Nicola quickly set up the #4Tom Foundation to raise awareness of the health risks of cocaine. 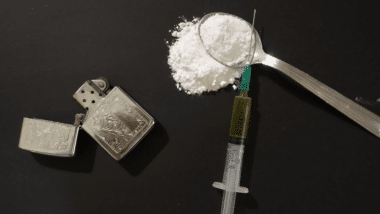