The US Supreme Court has overturned its 1973 ruling on Roe v Wade, removing the constitutional right to an abortion across America.

The historic judgment does not criminalise abortion nationally, but hands back power to individual states to legislate on the issue.

Nearly half of the 50 states had legislation prepared to place strong restrictions on abortion in the event of such a ruling.

A document leaked last month indicated the Court might overturn the 1973 judgment, and this was confirmed by today’s ruling. The Court also overturned a 1992 ruling on Planned Parenthood v Casey, which had reaffirmed the right to an abortion.

On behalf of the majority, Justice Samuel Alito wrote: “We hold that Roe and Casey must be overruled. The Constitution makes no reference to abortion, and no such right is implicitly protected by any constitutional provision”.

Several states had abortion bans in place prior to the original ruling which were never repealed, meaning this legislation will once again come into force.

Many other states have passed ‘trigger laws’ in recent years, meaning that as soon as the ruling is overturned they would be ready to introduce their own bans. Of these, 13 have legislation in place which ban abortion in the first and second trimesters (up to 24 weeks). Third trimester abortions are only permitted in limited circumstances across the US.

He wrote: “For 50 years, states have been unable to enact even modest protections for unborn children. More than 90% of Europe restricts abortion on demand after 15 weeks, but every state in America has been forced to allow it more than a month past that, after a baby can feel pain, yawn, stretch, and suck his or her thumb.

“Judicial activists declared that every state had to handle abortion like China and North Korea and no state could handle it like France or Germany.

“Not anymore. Now the American people get their voice back.”

“This is a ruling that recognises there is no constitutional right to abortion and hands abortion law back to state lawmakers. Many of them want to do more to protect women and the unborn and now they’ll be able to do that.

“In the generations to come there will be hundreds of thousands, even millions of people, that look back and realise that they owe their lives to this moment.” 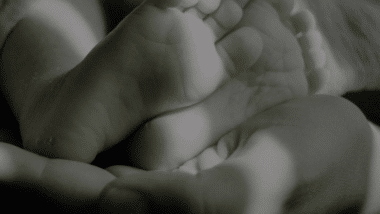 Abortion of black babies in US disproportionately high