Blasphemy ‘suitable for all’ says BBFC

Using the names “God” and “Jesus Christ” blasphemously has been deemed ‘suitable for all’ by the British Board of Film Classification (BBFC).

In new BBFC guidance for film certification, a section on what language may be permitted for the various age ratings lists a range of terms, ranging from mild insults to obscene profanities.

While the guidance says that “Infrequent use only of very mild bad language” may be used in ‘Universal’ or ‘U’ films – the lowest age rating – the Board says that misusing the name of the Lord is acceptable.

The guidance states: “U films should have a positive overall tone. We think carefully about what very young children already know, what might scare, confuse or upset them, and the lasting impression the film might have.”

It adds: “Words you may hear in a U rated film or TV show may include: ‘damn’, ‘hell’, ‘God’, ‘Jesus Christ’. We know that some people find these words particularly offensive, but our research shows us that the majority of parents are comfortable with their children hearing them in U rated films.”

We know that some people find these words particularly offensive

However, the guidance does also state that because “every child is different” parents may wish to check ratings information for a Universal (U) film before showing it to their children.

The Christian Institute’s Ciarán Kelly said the BBFC is failing in its role as an arbiter of standards.

He said: “This is a slap in the face for Christians. The BBFC recognises that using the terms ‘God’ and ‘Jesus Christ’ in an irreverent way is deeply offensive to many people but will allow it anyway.

“It knows the role it plays in influencing society. By allowing films containing blasphemy to be shown to even the youngest children, they are desensitising impressionable minds.” 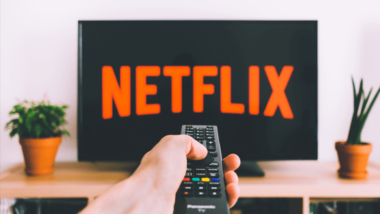