Grammy Award-winning singer Billie Eilish has opened up about how viewing pornography “destroyed” her brain.

The 20-year old American pop singer, who has been in the public eye since releasing her debut single as a 14-year-old, told The Howard Stern Show that she was first exposed to pornography aged just 11.

She said she was left “devastated” by watching the abusive and violent material and that it gave her nightmares and sleep paralysis.

She added: “It got to a point where I couldn’t watch anything else—unless it was violent, I didn’t think it was attractive.”

Eilish also explained how pornography use affected the way she viewed relationships, saying: “The first few times I, you know, had sex, I was not saying no to things that were not good. It was because I thought that’s what I was supposed to be attracted to”.

“It sexualises woman’s bodies, normalises what is ‘not good’ in sex, undermines free consent by creating expectations & led to her suffering nightmares. No surprise but will wider culture listen?”

“Only material that is even more violent and debasing will satisfy users.” 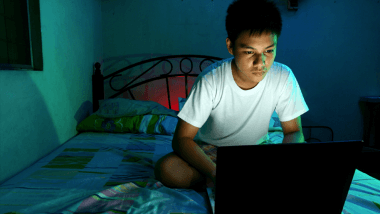