New phone technology is being developed that could protect children from explicit content even as it is being filmed or shared.

The company said that it could be used on children’s phones to prevent them from sending or receiving sexually explicit material.

Company founder Richard Pursey said: “There’s no point you being told that yesterday your 12-year-old son sent a naked picture of himself, because it’s too late”.

He added: “The ability to detect, to analyse live-video capture in the moment, and then do something if a risk is detected, for us that’s pioneering”.

In tests, the software has successfully detected 92 per cent of nudity content and 84 per cent of violent content during an initial analysis of millions of images and videos. The software is to be trialled by families in November, with a planned release date in 2021.

Fred Langford, Deputy Chief Executive of the Internet Watch Foundation, said that such software should “absolutely” be pre-installed on children’s devices, as the amount of self-generated content by children online continues to grow.

In June, it was revealed that sexting among children rose dramatically during lockdown, with some girls as young as six composing sexually explicit messages.

SafeToNet’s current phone safety app, available via the gov.uk website, stated that the number of messages children attempted to send had risen by 183 per cent.

The app analyses message content and stops harmful messages from being sent. It also offers guidance as a message is being composed. 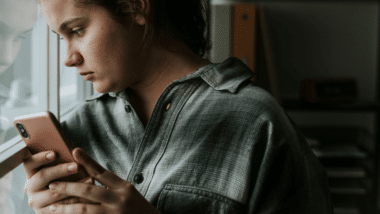