President Joe Biden has attacked Texas for passing a pro-life law that protects the unborn in the womb.

Biden, who removed crucial protections in abortion law on his first day in office, called the law “extreme” and vowed to “launch a whole-of-government effort to respond to the decision”.

The Texas Heartbeat Act came into effect on 1 September, after the Supreme Court voted 5-4 against blocking the legislation which outlaws abortions from around six weeks except in medical emergencies.

In a briefing, the US President said he would “protect and defend” abortion, also stating that he was “deeply committed” to maintaining the 1973 Supreme Court precedent Roe v. Wade.

The ruling, which institutionalised abortion on demand across the US, has never been passed into federal law – an aim of the Biden administration. If it is, abortion on demand will remain in place, even if Roe v. Wade is repealed.

But pro-life groups welcomed the Bill coming into effect. Texas Right to Life said it was a “phenomenal victory for tens of thousands of preborn children who will be spared the evil of abortion”.

The Act also allows private lawsuits to be launched by any citizen against abortion providers or anyone else who may have helped someone to obtain an unlawful abortion.

On his first day in office, the President issued an Executive Order repealing pro-life protections upheld by the previous administration, including the ‘Mexico City Policy’.

The policy – a measure which prevents government funding of organisations which promote or provide abortions overseas – was first introduced by President Ronald Reagan.

It was reinstated by the Bush and Trump administrations but removed under Clinton, Obama and now Biden. 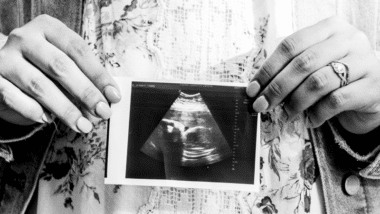 Arkansas acts to defend the unborn from abortion