Allowing ministers to marry someone of the same sex could signal the end of the Baptist Union of Great Britain, a senior church figure has warned.

Revd Nigel Coles, team leader for the West of England Baptist Association, told Premier Radio that many Baptists were ready to challenge calls to drop the Union’s commitment to one man, one woman marriage for its ministers.

Individual churches may choose to host same-sex weddings, but in rules for members of the Baptist ministry, same-sex marriage is deemed gross misconduct.

One man, one woman

Last week, a letter was sent to Baptist churches by the Union’s Core Leadership Team telling them it was “reflecting” on a request to change the church’s Ministerial Recognition Rules.

Under those rules, “sexual intercourse and other genital sexual activity outside of marriage (as defined exclusively as between a man and a woman)” is specifically forbidden.

no serious theological or biblical reflection

But LGBT activists from within the Union have demanded the phrase which defines marriage “exclusively as between a man and a woman” be removed.

Revd Coles described the process thus far as “very unwise” and argued that it had “presented the thoughts and feelings of those who propose this change but without any serious theological or biblical reflection on the implications of it”.

He continued, “To suggest that an evangelical union of churches” repudiate the “biblical basis of their faith” would “undermine the integrity of a union of churches of disciples of Jesus Christ”.

The minister explained: “There’s a very real difference to being understanding and sensitive to people who see things differently, to suggesting we actually change the definition of Christian marriage”.

There’s a very real difference to being understanding and sensitive to people who see things differently, to suggesting we actually change the definition of Christian marriage

Such a change, he argued, would be “180 degrees in opposition” to what Christians have “believed for 2,000 years”.

Revd Coles said if the ministerial rules were changed “I think we’d be looking at the dissolving of the Baptist Union as we have understood it, and known it”. 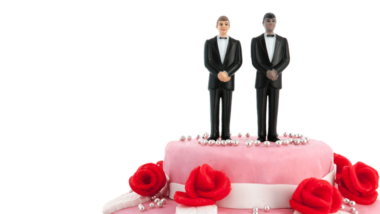