New polling has revealed that nearly two-thirds of adults believe the UK Government should stop dragging its feet on protecting children from online pornography.

In 2018 Parliament legislated to bring in mandatory age verification checks for pornographic websites. But the Government abandoned the scheme last year, saying it would tackle the problem in its Online Harms Bill instead.

The ComRes poll found the majority of people want a date for implementation “as soon as possible, rather than allowing any further delays”.

‘Children will be hurt’

John Carr OBE, a leading authority on child safety online and former government adviser, said: “The longer this goes on the more children will be hurt.

“This process began in 2017 and the Government have said any new laws might not become operative until 2023. Six years is a long time in the life of a child.”

“Six years is a long time in the life of a child.”

Nola Leach, the Chief Executive of Christian charity CARE, which commissioned the poll, warned that the Online Harms Bill “could take years”.

“In the meantime, children as young as seven are accessing online pornography and being shaped and influenced by it.”

The age verification scheme was initially passed as part of the Digital Economy Act and would have required sites with pornographic content to have age checks to ensure UK users were over 18.

In July, four age-verification companies were granted permission to take the Government to court over the decision to scrap the plans.

The companies argue that the decision was an “abuse of power” as the move was approved by Parliament. 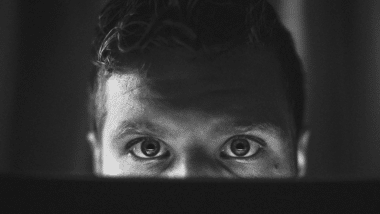