The vast majority of medics involved in neonatal care in northern Belgium are prepared to commit infanticide, new research has revealed.

A staggering 89.1 per cent of doctors and paramedics who responded to the research survey thought it “acceptable” to end the life of a baby born with a “serious” disability – even if the condition was not life-threatening.

The researchers surveyed medics at all eight of the Neonatal Intensive Care Units in the Flanders region. All those surveyed were involved in caring for babies born with a serious health condition and designated as decision-makers for late-term abortions.

Researchers found little change in attitude to ‘after-birth abortion’ when there was “an unclear diagnosis and unpredictable prognosis”.

The study noted that professionals working in this area of care had “a high degree of tolerance” toward late abortions, with 95.6 per cent of respondents open to this practice if an unborn baby’s disability was deemed ‘serious but not lethal’.

It went on to say that Flemish doctors and paramedics are now “demanding legislative change regarding active life‐ending” in both “the fetal and neonatal periods”.

A spokeswoman for Right To Life UK said: “It is profoundly disturbing that these healthcare professionals, who should be upholding the right to life and giving every baby the best possible chance at life, are hugely in favour of ‘after-birth abortions’ and infanticide of babies with a disability.”

She also said it is tragic that “intentionally ending the life of an unborn baby” has become “morally acceptable by these healthcare professionals in Belgium”.

In the UK, women are currently permitted to have an abortion up to birth if their unborn child is diagnosed with a ‘serious’ disability. This rule has been used to justify abortions for children with Down’s syndrome and cleft palate.

In 2012 a controversial article in the Journal of Medical Ethics described newborn babies as “morally irrelevant”.

The authors of the article said “killing” newborn babies “should be permissible in all the cases where abortion is, including cases where the newborn is not disabled”. 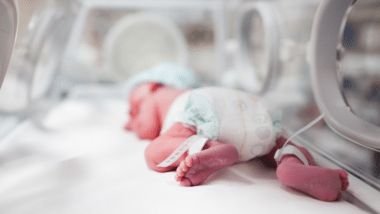 NZ allows abortion up to birth for any reason