A former NHS trust chief executive has said the health service’s work with Stonewall “risks the reputation of the NHS and the safety of our patients and staff”.

Kate Grimes, who ran Kingston Hospital in south west London for over ten years, added that the NHS had been “well and truly captured” by the radical lobby group.

Currently, over 90 NHS and healthcare organisations are part of the group’s Diversity Champions Scheme, including the Care Quality Commission and NHS England.

Writing for the Health Service Journal, Grimes stressed how Stonewall’s influence had undermined the organisation’s ability to keep patients safe.

She highlighted how “female patients no longer have access to single sex accommodation in wards or bathrooms”, exposing them to the “distress and dangers of sharing private space with men who are strangers, at a time when they are vulnerable”.

But alongside the “censoring of discussion” and “air of legitimacy offered by such broad membership of the Stonewall scheme”, Grimes argued that a “culture of fear” had been created within the NHS.

She added: “Hospital workers are losing their rights, enshrined in law, to separate bathroom and changing facilities. Anyone who speaks up may face disciplinary action, as policies are brought into line with Stonewall’s view of inclusion.”

She told how many departments “no longer collect data on sex, restricting our ability to undertake accurate research”, including giving children under 16 who identify as the opposite sex “completely new medical records and NHS numbers showing their new (incorrect) sex”.

She concluded: “Nurses speak of their distress at being instructed to insist to their female patients that there are no men present, in the clear presence of a man identifying as a woman.

“Who can they turn to when their employer, union and regulator are all Stonewall Champions?”

The comments come as leaked documents from NHS Scotland confirm that it will monitor participants of a new LGBT-themed badge campaign.

The NHS Pride pledge, devised by the Scottish Government with input from Stonewall, encourages staff to show their willingness to “speak up and challenge intolerance”. Upon signing, they are then presented with rainbow enamel badges.

But the government briefings encourage boards to track the number of badge wearers “and basic info on staff groups wearing the badge”. It has also been revealed that signatories are told to report incidents of ‘discrimination’ and ‘hate speech’.

Malcolm Clark of the LGB Alliance called the initiative “sinister”, adding: “This sort of virtue-signalling is almost Maoist in the way it gives a platform for some people to proclaim their political loyalty but puts other staff on notice they are not good comrades.” 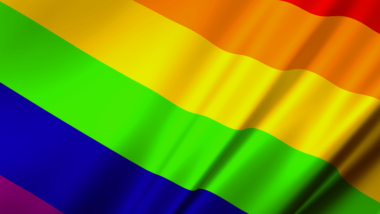