The Women’s Prize for Fiction has been sharply criticised for including a male author in its nominee list for this year’s prize.

‘Detransition, Baby’ by Torrey Peters, a man who lives as a woman, was announced as part of the longlist last month, prompting a group of female authors and concerned readers to pen an open letter to the organisers.

The letter by the Wild Woman Writing Club (WWWC) had over 250 signatures within a day of publication, although many of the published authors chose to adopt pseudonyms to protect their identities due to fears of being “permanently cancelled by the book industry”.

The letter argued that including Peters in the longlist undermines the original purpose of the award and “communicates powerfully that women authors are unworthy of our own prize, and that it is fine to allow male people to appropriate our honours”.

They’re not fake. They’re self-protection by published authors who are worried about being permanently cancelled by the book industry.

It continued: “The moment you decided that a male author was eligible, the award ceased to be the Women’s Prize and became simply the Fiction Prize.”

The WWWC added that it stood against the silencing of female authors such as JK Rowling by “gender identity extremists”. The Harry Potter author received a torrent of abuse last year when she tweeted her criticism of the phrase “people who menstruate”.

In response, the Prize’s organisers accused critics of “bullying” Peters and the judges, and said it was “firmly opposed” to discrimination based on gender identity.

A statement about eligibility for the Women's Prize for Fiction. 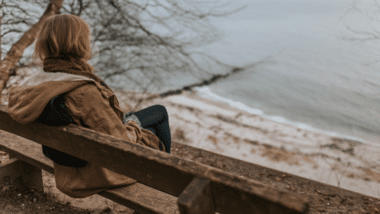