Views expressed in private conversations could be reported to the police under the SNP’s proposed hate crime Bill, a prominent think tank has said.

Matthew Lesh of the Adam Smith Institute warned that the Bill’s current wording meant there would be “no defence” for words spoken at home, which would go far beyond the scope of existing laws.

The Hate Crime and Public Order (Scotland) Bill aims to criminalise ‘abusive’ words or behaviour ‘likely to stir up hatred’ against people on the grounds of characteristics such as religion, sexuality, and transgender identity, even where there is no intent.

Mr Lesh branded the legislation “extreme” over the lack of an exemption for private conversations.

He said: “So you could make a joke around the dinner table and if the wrong person overhears you, they could report that to the police.”

Such a law he added, was “unheard of”.

The Adam Smith Institute supports the Free to Disagree campaign which opposes the current Bill. Its spokesman, Simon Calvert, said Lesh was “right to express alarm at this dangerous legislation”.

“From church sermons to comedy skits to the words you speak at your own dinner table, nothing will be safe from the reach of this proposed law.

“We’ve said all along, that if you invite someone into your home who takes objection to your views, they could call the police and accuse you of abusive language and stirring up hatred in your own family.

“No wonder so many organisations have warned about the chilling effect the law will have on free speech, campaigns and routine political discourse.”

Earlier this week, First Minister Nicola Sturgeon revealed her Programme for Government for 2020/21.

In it she reiterated her commitment to deliver “updated hate crime legislation” and continue to “work with stakeholders, including Police Scotland, to tackle and encourage reporting of hate crime”.

In July, the Scottish Police Federation slammed the proposed hate crime Bill, saying that, if passed, it would “paralyse freedom of expression for both individuals and organisations by threatening prosecution for the mere expression of opinion which may be unpopular”.

The Federation estimates that up to £4m would be needed in extra funding just to train officers to implement the Bill. 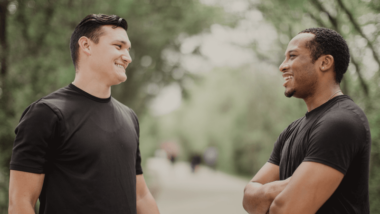