A Christian sports coach who was suspended for leading prayers after matches has been vindicated by the US Supreme Court.

Joseph Kennedy was an American football coach at Bremerton High School in the state of Washington until 2015.  He launched legal action against the school after being suspended for praying in public after games.

The Supreme Court has now overturned lower courts’ decisions in a majority 6-3 verdict, ruling that Kennedy’s actions were protected under the right to free speech and religious expression.

Supreme Court Justice Gorsuch ruled: “Respect for religious expressions is indispensable to life in a free and diverse Republic — whether those expressions take place in a sanctuary or on a field, and whether they manifest through the spoken word or a bowed head.”

He said that “the only meaningful justification the government offered for its reprisal rested on a mistaken view that it had a duty to ferret out and suppress religious observances even as it allows comparable secular speech”.

The justice stated: “The Constitution and the best of our traditions counsel mutual respect and tolerance, not censorship and suppression, for religious and nonreligious views alike.”

Kennedy welcomed the ruling, saying: “All I’ve ever wanted was to be back on the field with my guys. I am incredibly grateful to the Supreme Court, my fantastic legal team, and everyone who has supported us. I thank God for answering our prayers and sustaining my family through this long battle.”

He explained: “I had a commitment with God that I’d give him thanks after every football game, win or lose.”

I thank God for answering our prayers and sustaining my family through this long battle.

First Liberty Institute, who represented Kennedy, commented: “Our Constitution protects the right of every American to engage in private religious expression, including praying in public, without fear of getting fired.” 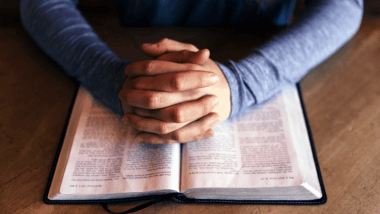 Masters winner: ‘All I’m trying to do is glorify God’