Christian healthcare professionals have launched legal action against a US state over legislation forcing doctors to assist terminally ill patients find help to kill themselves.

Attorneys representing a Christian hospice doctor and the Christian Medical & Dental Associations (CMDA) are suing the state of California for requiring doctors to redirect patients to assisted suicide providers against their conscience.

Between 2016 and 2020, nearly 2,000 Californians have killed themselves by taking lethal drugs prescribed by a doctor under the state’s End of Life Option Act.

Previously, participation in California’s assisted suicide programme was voluntary. Doctors were not required to direct patients to services willing to prescribe lethal drugs.

Activist Senator Susan Eggman – co-author of the original law and sponsor of the changes – claimed the previous protections were “unnecessarily cumbersome” and “with many roadblocks”.

Acting on behalf of Dr Leslee Cochrane and CMDA, religious liberty group Alliance Defending Freedom, said: “Our clients seek to live out their faith in their medical practice, and that includes valuing every human life entrusted to their care.

“Participating in, or referring a patient for, physician-assisted suicide very clearly would violate their consciences.

“No health care professional should be forced to act against their religious beliefs and medical ethics, and the state of California is wrong to enforce such coercion.”

Documents filed with the court state that Dr Cochrane believes “assisted suicide is morally unacceptable” and if “forced to participate” in “violation of his conscience” would leave “the profession or relocate”. 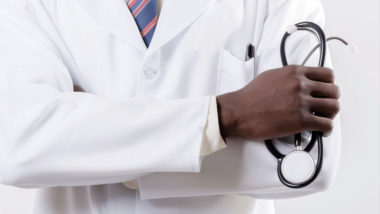 Pro-life medics being forced to choose between career or conscience