US bishop defends Bible’s position on marriage during disciplinary hearing

A US bishop has continued to defend the biblical position on sex and marriage during a disciplinary hearing, where he stands accused of ‘failing to conform’ to the Episcopal Church’s backing for same-sex marriage.

The Bishop of Albany, William Love, is accused of breaking his ordination vows by showing “unwillingness to abide by Resolution B012” – which stipulates that bishops must permit same-sex weddings to take place in their diocese.

The 2018 resolution says that if a bishop disagrees with same-sex marriage, they must invite another bishop to do so instead, but Bishop Love responded by stating that same-sex unions are “in direct conflict and contradiction to God’s intent” for marriage.

During last week’s hearing, Paul Cooney, a lawyer representing the Episcopal Church, said that by denying same-sex marriages in his diocese, Bishop Love “has failed to conform to the worship of the Church”.

Cooney said: “The Church’s sacramental rites are theologically sacred and a pastorally critical element of its worship, and by prohibiting same-sex couples access to the sacramental rite of marriage, [Bishop Love] fails to conform to this holy and important element of worship of the Episcopal Church.”

But Revd Chip Strickland, who represented Bishop Love, said he had committed no canonical violation, because the Church’s resolution did not hold canonical status, and that it conflicted with historical church doctrine and worship.

Revd Strickland said: “There is an overwhelming consensus in [the Episcopal Church] today in favour of same-sex marriage, we know that.

marriage is between a man and a woman

“It’s ironic that Bishop Love is on trial today for failing to conform when in fact, the facts in law will show that he’s fully conformed with the doctrine, discipline and worship of the Church.”

Bishop Love spoke briefly during the hearing, saying: “I am so appreciative to everyone who has been holding me and my family and the church up in their prayers these past many months.

“It has truly been a very humbling experience and I give thanks to God for each of you for the love and support you’ve shared with me and others. It is my hope and prayer that whatever the outcome, that ultimately God’s will will be done.” 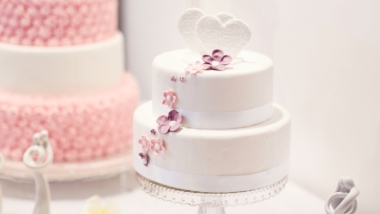 US bishop disciplined for maintaining biblical stance on marriage

CofE attacked for holding to biblical position on sexual relationships

‘Church of England must ditch ‘relevance’ to thrive’: Bishop of Maidstone