The Government has restated its commitment to defending freedom of religion and belief around the globe.

Published last year, the report found that the persecution of Christians is so extreme it amounts to genocide in some parts of the world. It called on the Government to sanction countries that persecute Christians and introduce mandatory religious literacy training for Foreign Office staff.

During the debate, Peter Grant MP said: “There can be no let-up in international efforts to safeguard freedom of religion and to prevent the persecution of religious minorities anywhere”.

Fabian Hamilton MP pointed out that 260 million Christians worldwide face high levels of persecution for their beliefs in 2020, 15 million more than last year.

Shannon also drew attention to North East Nigeria, where approximately 1,000 Christians have been killed since January 2019.

The Minister reaffirmed the Government’s promise to implement all 22 recommendations of the Truro review into global Christian persecution.

The Lord is my strength and my defence; he has become my salvation.

He said work is underway to introduce mandatory religious literacy training for all Government staff, one of the recommendations.

The debate was closed by Shannon, who quoted Psalm 118:13-14: “I was pushed back so hard I was falling, but the Lord helped me. The Lord is my strength and my defence; he has become my salvation.”

Earlier this month, the UK urged the UN Human Rights Council (UNHRC) to do more to defend freedom of religion and belief.

The International Ambassador for Human Rights, Rita French, said the UK was “deeply concerned” about levels of persecution and that UNHRC cooperation was “the best way to achieve real, positive impact”.

Ambassador French said: “We remain deeply concerned about global levels of intolerance, discrimination, and persecution of, and violence against, people because of their religion or belief”.

“Freedom of thought, conscience, religion or belief must be defended, and we believe that working together is the best way to achieve real, positive impact in guaranteeing the rights of all faith or belief communities around the world.” 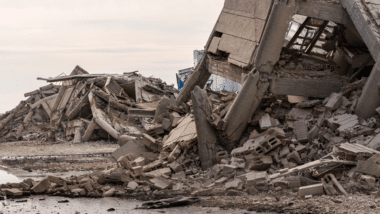 Thousands of Christians murdered in Nigeria