‘Too many gambling ads in the game’, say football fans

Two thirds of fans believe ‘there’s too much gambling advertising in football’, a survey has shown.

The research, commissioned by the betting charity Clean Up Gambling, canvassed supporters’ views on the relationship between clubs and betting company sponsors.

Currently, over half of the teams in the top two tiers of English football have betting firm sponsors on their kit.

However, a third of the fans polled said they would not buy their club’s shirt “if it had a gambling logo on it”.

The poll also revealed that 44 per cent of fans favoured removing gambling advertisements from football completely.

The director of Clean Up Gambling, Matt Zarb-Cousin, said: “The government would have the backing of football fans if it decided to move against gambling ads, and clubs would benefit from an increase in shirt sales.”

Earlier this year the House of Lords Select Committee on the Social and Economic Impact of the Gambling Industry recommended that: “Gambling operators should no longer be allowed to advertise on the shirts of sports teams or any other part of their kit.”

Labour MP Carolyn Harris, chairwoman of the All Party Parliamentary Group on Gambling Related Harm recently told Telegraph Sport: “The evidence is there to show that advertising in sports, primarily football, is causing a problem for a generation of children coming up”.

She added: “The simple answer is to ban gambling firms from sponsoring football and all sport.” 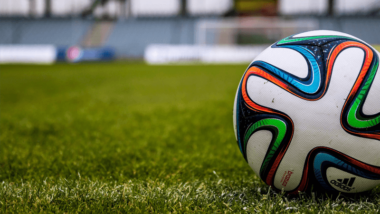 Gambling industry must not exploit return of football, says NHS