Playing the lottery as a teenager leads to an increased risk of problem gambling later in life, new research has indicated.

According to a new study, people who purchased lottery tickets and scratchcards at 16 and 17 years old were more likely to be “associated with adult disordered gambling” than those who did not.

Labour MP Carolyn Harris, chairwoman of the All Party Parliamentary Group on Gambling Related Harm, called it “a timely piece of research”.

The study by the University of East London, Warwick University and CQUniversity in Australia surveyed over 1,000 adults aged 18 to 40.

It found what one of the researchers called a “statistically robust link between legal youth gambling and adult gambling problems”.

It also indicated that the more tickets and scratchcards gamblers bought as teenagers, the more severely they suffered from problem gambling later in life.

Harris, an outspoken critic of the gambling industry, said the research “shows why it is imperative that the government acts now to close the loophole that allows the National Lottery to sell to 16 and 17-year-olds”.

Last month, it emerged that the National Lottery has been exploiting a loophole to target teenagers with online gambling adverts and games.

The legal age for online gambling is 18, but 16 and 17-year-olds are able to use National Lottery online apps and games and can spend up to £350 per week.

MPs and Peers have called for the legal age limit for the National Lottery to be raised to 18 across all platforms, in line with other gambling legislation. 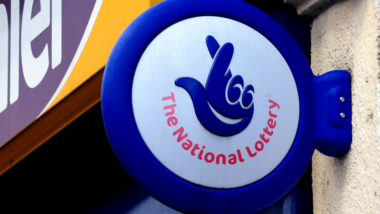