A teenager with disabilities should be allowed to seek a kidney transplant, a court has ruled.

William Verden, who is 17-years-old, has autism, learning disabilities and ADHD. He is suffering from a rare disease called nephrotic syndrome and is being kept alive by dialysis, which will stop working within twelve months.

His family launched a legal case and appeal for donors, after doctors refused him treatment because they decided he would be unable to cope with the trauma of a transplant due to his learning disabilities.

At the court hearing in Liverpool, Mr Justice Arbuthnot ruled: “Transplant is not futile. Although the chances of that lead to an increase in William’s suffering in the short and medium term, it has the commensurate benefit which is there is a chance for William of long-term survival.”

William’s mum, Amy McLennan, welcomed the ruling: “I am overjoyed, but I can’t help but think that had William been a neuro-typical child he would have been offered a transplant, no questions asked.”

She commented: “It felt like a death sentence when the hospital first told me he wasn’t suitable for a kidney transplant. I have loved William for 17 years and, for me, death was just not an option.”

I can’t help but think that had William been a neuro-typical child he would have been offered a transplant, no questions asked.

In 2016, the parents of a baby girl who needed a new heart said she was denied a transplant because of a small amount of fluid on her brain which could lead to developmental disability.

Stephanie and Joshua Parra’s then four-month-old daughter Lily had initially been on the shortlist to receive a heart transplant before she was removed.

Writing in support of the family, a leading disability rights campaigner said: “It’s a dangerous game to play — telling someone that her life is not worth living.”

Below: In his interview with TWR UK, the Institute’s Ciarán Kelly cites William Verden’s case as an example of society devaluing the sanctity of human life. 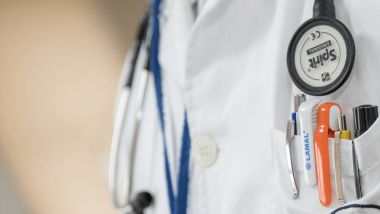